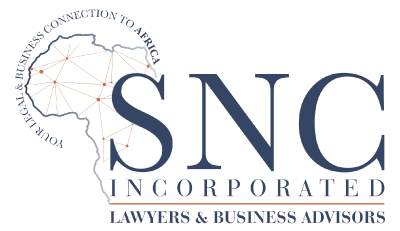 The Republic of Namibia – also known as the “Land of the Brave” – is a largely unexplored frontier. The recent offshore discoveries by Total Energies and Shell, as well as the confirmation of a working petroleum system onshore in the Kavango Basin by Reconnaissance Energy Namibia, has now placed Namibia in the limelight; major international and medium-sized oil companies, as well as oil field service companies, are showing an increased interest in the country.

Discovery Made by Total Energies and Partners

On 24 February 2022, Total Energies, with a 40% working interest, alongside Qatar Energy (30%), Impact Oil and Gas (20%) and NAMCOR (10%), announced that they made a significant discovery of light oil with associated gas on the Venus prospect, located in block 2913B, PEL 56 in the Orange Basin, offshore southern Namibia. It is reported that the Venus 1-X well encountered approximately 84 m of net oil play in a good quality lower cretaceous reservoir. Further drilling is anticipated to start in the fourth quarter of the year. Wood Mackenzie has estimated the recoverable oil volumes to be over 3 billion barrels.

Discovery Made by Shell and Partners

On the 4 February 2022, Shell Namibia Upstream BV (Shell) with a 45% participating interest, Qatar Energy (45%) and NAMCOR (10%) in Petroleum Exploration License 39 (PEL 39), located offshore Namibia, announced that the Graff-1 deepwater exploration well has made a discovery of light oil in both primary and secondary targets. It is reported that the Graff-1 deepwater exploration well has proved a working petroleum system for light oil. In April 2022, Shell made a second Orange Basin discovery in the La Rona-1 prospect in PEL 39, where the well confirmed hydrocarbon play at multiple levels.

Shell has provided indications that further drilling in PEL 39 is anticipated to start towards the end of 2022.

Reconnaissance Energy Namibia (Pty) Ltd, a wholly owned subsidiary of ReconAfrica, was issued with Petroleum Exploration Licence No 73 in 2014 to undertake exploration activities. ReconAfrica holds 90% interest in the licence while the National Petroleum Corporation of Namibia (NAMCOR) holds the remaining 10%.

Since no drilling activities have ever taken place on the shores of the Kavango Basin, ReconAfrica launched a tri-stratigraphic well-drilling campaign to try to fully understand the basin and determine whether there is an active petroleum system.

On 15 April 2021, ReconAfrica and the Ministry of Mines and Energy released a joint statement regarding the first stratigraphic test well (6-2). The results of the first well supported an active petroleum system with multiple source intervals. On 14 July 2021, ReconAfrica and NAMCOR (the state oil company of Namibia) announced the completion of drilling operations of the second stratigraphic test well (6-1).

Taking into consideration that an active petroleum system has been established, ReconAfrica initiated a 450 km low-impact 2D seismic programme, for which they have hired Polaris Seismic International. Phase 1 of the seismic programme was completed in October 2021. As per the press release, the results of the first two stratigraphic test wells and the subsequent 2D seismic data have established a significant rift basin similar to the other major petroleum provinces/rift basins including onshore Africa, and areas of the North Sea.

Phase 2 of 2D seismic acquisition (approximately 600 km) is ongoing, with good progress to date. ReconAfrica is scheduled to undertake a multi-well drilling programme, beginning with three stratigraphic wells and a sidetrack of the 6-2 well in June 2022 with the objective to prove commerciality of this petroleum system.

The only commercial discovery in Namibia is the Kudu Gas Field, which was discovered in 1974 by a joint venture, comprising Chevron Oil, Regent Petroleum and SOEKOR (Pty) Ltd. It lies approximately 170 km west of Oranjemund in offshore Namibia, at a water depth of 170 m. The field’s proven natural gas reserves are estimated at 1.3 trillion cubic feet and its possible reserves at nine trillion cubic feet.

The initial development plan for the field was a gas-to-power project, which included Namibia Power Corporation (NAMPOWER) as the downstream partner. However, the initial development plan failed, due to the non-fulfilment of some conditions in the Project Development Plan (PDA). In terms of the project schedule set out in the annexures of the PDA, the government was supposed to provide the required project support, including economic stabilisation provisions and financial guarantees, which it failed to do.

In November 2018 and January 2019, the government made it clear that it was not going to provide the required support in terms of the PDA. As a result, the downstream partner, NAMPOWER, indicated that it would withdraw from the PDA and not continue to be part of the Kudu Gas Project.

This means that BW Kudu and NAMCOR will have to come up with a revised development plan. During the Namibia International Energy Conference 2022, BW Kudu highlighted that it is currently revising its development plan for the gas-to-power project. The revised integrated development plan aims to supply competitive power to a growing African market with significant upside potential.

The proposed Kudu gas project has significant importance for Namibia, especially in addressing Namibia’s energy security and addressing energy poverty in the country.

BW Energy signed a farm-in agreement with NAMCOR increasing the Company’s interest to 95% in the licence in 2021. Prior to this transaction, BW Kudu held a 56% operated interest, with NAMCOR holding a 44% joint venture interest.

In 2015 the government commissioned the construction of a national oil storage facility and a maritime platform for fuel offloading at the port of Walvis Bay, Namibia.

The storage facility will not only be used for NAMCOR’s own trading purposes, but also to host other international oil marketing companies including Vitol, Gunvor, Vivo and Total, to ensure that it is utilised optimally and that Namibia becomes a strategic gateway through which neighbouring African countries are supplied.

In 2017, the Ministry of Mines and Energy commenced an exercise to reform Namibia’s downstream and upstream petroleum legal framework through the Commonwealth Secretariat’s Oceans and Natural Resources Advisory Division (ONR), with the assistance of some private consultants.

The intended reform will also look at clarification of the regime for the governance of environmental matters for petroleum operations and the possible preparation of draft subsidiary environmental legislation for the upstream sector. The pertinent intended amendments include the following:

Establishment of a Sovereign Wealth Fund

The Sovereign Wealth Fund for Namibia (The Welwitschia Fund) was launched on 12 May 2022. The ownership of the Fund is vested in the government, with the Minister of Finance as the trustee acting on behalf of all the citizens of Namibia. The Bank of Namibia will be the Fund’s primary custodian, responsible for its administrative function.

A total of NAD300 million, consisting of direct seed capital from the government and a contribution from the dividends declared by the Bank, has been injected into the Welwitschia Fund.

The need for a Sovereign Wealth Fund was identified in the National Energy Policy of 2017. The President of Namibia, Dr Hage G. Geingob, further highlighted that the prospects and opportunities that will emanate from the recent discoveries of oil and the green hydrogen energy have the potential to further boost the fund’s capital.

Namibia’s geology is said to be similar to Brazil’s offshore pre-salt, while its onshore is similar to the massive South African Karoo Basin. Coupled with its stable fiscal and legal regime, the new discoveries have resulted in a number of major oil companies acquiring acreage and cementing their position in Namibia.

In 2019, ExxonMobil expanded its exploration acreage in Namibia by adding another seven million net acres (28,000 sq km) to its offshore holdings, with water depths reaching 4,000 m, following the signing of an agreement between the government and NAMCOR for blocks 1710 and 1810 under PEL 95, and farm-in agreements with NAMCOR for blocks 1711 (PEL 89) and 1811A (PEL 86).

Shell operates blocks 2913A and 2914B off Namibia and has advanced plans to drill. Qatar Petroleum has also farmed in blocks 2913B and 2912, both of which are operated by Shell. Shell has a 45% working interest, alongside Qatar Energy (45% interest) and NAMCOR (10% interest).

Upcoming Wells to be Drilled in Namibia

ReconAfrica is expected to drill three stratigraphic/exploration wells in the Kavango Basin during the third and fourth quarter of 2022. French-based oil and gas company Maurel & Prom and its joint venture partners are expected to drill Namibia’s blocks 2212B, 2313 and 2413B in the fourth quarter of 2022. Maurel & Prom is the operator of the block and has an 85% interest; the other joint venture partners are NAMCOR with an 8% interest, Livingstone Mining Resource Development with a 4% interest and Frontier Mineral Resources with a 3% interest.

Farm-Out Opportunities in the Orange and Lüderitz Basins

Global Petroleum, an Australian company based in London and listed on London’s AIM exchange, is seeking for partners in PEL 94 block 2011A. The licence was renewed in September 2021 having fulfilled all work commitments for sub-period 1 of the initial exploration period. The work commitment for the second sub-period requires the acquisition and processing of a minimum 2,000 sq km of 3D seismic.

These are indeed exciting times for Namibia’s oil and gas industry. With its rich resources, favourable fiscal regimes and frontier potential, there’s no doubt that Namibia has fruitful oil and gas prospects. Backed by recent discoveries, the country is well-positioned to drive new investment and development across its energy landscape. 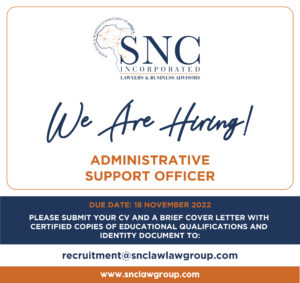 The embodiment of local excellence 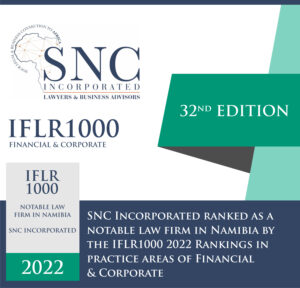